Just added to your cart

WHY OWN AN AUTOMATIC CAT LITTER BOX?

It’s a pretty fancy idea jumping from a manual cat litter box or tray, hand scooped and washed, to an automatic version, but really, it’s about time!

If you think about how long we have had wireless vacuum cleaners (irobot was released September 2002), dishwashers (first design 1886), and flushing toilets  (1596) in homes to modernise and simplify keeping our lives cleaner and more hygienic, it’s surprising how long it has taken to get our pets toileting modernised as well.

Unsurprisingly, automatic cat litter boxes have been available for several decades, and are becoming more widespread as our care and constraints for cat ownership are moving cats indoors, including their toilet needs.

The primitive arrangement of having an open litter tray that can be used by the cat to deposit pee and poop into has for many, been the only known option. Very low tech, it is certainly one way to provide a sandpit for your cat/s to use to the toilet, as they would in an outdoor setting.

However, having cat faeces and urine deposited in an open tray and left until it can be attended to manually, by scooping out and bagging, and disposing of, has many negatives.

The ones that most come to mind are the issues of odour and hygiene. Akin to not flushing the toilet, cat urine and faeces have bacteria, possibly dangerous parasites and pathogens such as Toxoplasmosis, and as it is a cat food that has been digested and deposited, noxious smells as it is in the process of decomposing, that result in the common ‘cat box’ smells that can permeate the home and affect its inhabitants.

As the manual system relies on a human to attend to cleaning what is deposited, an automatic replacement that is not reliant on personal availability and attendance to the job makes sense the same way a dishwasher does.

Automatic litter boxes have a variety of mechanisms to do the job, which is the same for all: to capture liquid (urine) and solids (faeces) and remove them from the open deposited position to a receptacle for more hygiene disposal, such as a bag. To work, clumping litter is required to enable the liquid to be removed effectively. The clumping litter absorbs the liquid, forming clumps, and can then be scooped out. The faeces are already generally solid and scoopable, but if soft, can also clump if there is sufficient moisture. 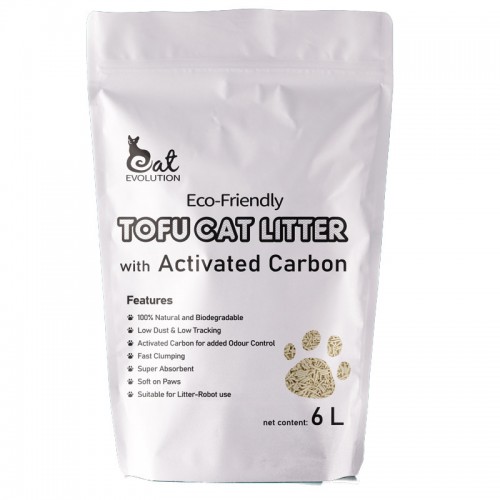 Clumping litter can be used in a manual litter tray, but the scooping needs to be performed by a human and is dependent on availability.

The positives with an automatic system are that the job gets done when the cat has toileted, rather than having delays. This improves odour, hygiene, and usually the outlook of the person who has to do the scooping! From a cats perspective, a cleaned litter box whenever a visit is needed is much preferred to a soiled litter tray, decreasing the chance that the feline will toilet elsewhere. It also enables one appliance to cater for multiple cats, removing a general requirement of 1 manual box per cat, to one automatic box for many cats. Reduction in wasted litter, time and resources makes the investment in an automatic system more valuable for multiple cat households.

The Global number #1  automatic litter box is the Litter-Robot III Open Air, available with wifi or Connect for remote monitoring via mobile devices. With the flexibility to choose from a wide range of clay clumping litters and some non-clay litters, the Litter-Robot is a popular choice for cat owners who prefer to invest in a proven and globally popular appliance to take the step into automatic cat litter box care.

As most cat owners discover the benefits of not scooping a litter box, once they move from manual to automatic, the most common sentiment is ‘should have done it sooner.